EML was recently asked to provide an MBTI team building workshop for a UK senior team. The client was exacting in their expectations for the workshop. The tone had to be right, the level of MBTI theory had to be reconciled with a high level of existing MBTI knowledge within such an experienced team and the focus of the workshop needed to be on outcomes. Fun was important but only a part of the equation.

The workshop was well received and with a detailed team report in hand the client felt that session had been valuable, and the team were improved as a result of their investment of time and money in EML. Job done.

A few weeks ago we delivered a similar workshop for a European Senior Team with a similar request for a nuanced MBTI team session. It would have been easy to cut and paste the same session as previously delivered to the equivalent UK team but in our opinion this wouldn’t have worked and here’s why..

We believe that multinational and multilingual teams face all of the challenges faced by their national single language equivalents and then some. Language, culture and geography all conspire to make their jobs that much harder.

Wearisome conference calls conducted in English by seven different nationalities grappling with their second language is nobody’s idea of fun. These regular telephone ‘meetings’ often cause more frustration than they resolve.

Face to face meetings can be equally challenging as the multinational team members wrestle with a much broader spectrum of culturally affected behavioural norms ranging from passionate outbursts, aloof silence, mobile phone etiquette and the tiring travel to name just a handful.

Working closely with the client, an experienced L&D professional, we agreed that this international team needed an adapted MBTI Team workshop to enable them to get more out of their team building session.

We needed to sell MBTI to the team as a language. You might think that another language is the last thing a multi lingual team needs, but if delivered correctly, MBTI becomes a powerful framework within which to discuss to the team’s dynamics and identify areas to work on. MBTI can be used by an international team as a lens to focus on, discuss and ultimately value the differences in their team as opposed to be frustrated by them.

The session was brought to life by blending MBTI theory with practical exercises to enable this pre dominantly remote working international team to see each other in action and glean all the insight that this rare opportunity provided them.

The outcome was a team that made the most out of a rare opportunity to physically work together, a team that had a new common language as tool to understand, value and celebrate the differences within their collective instead of being frustrated by them and a more cohesive team ready to break bread and share a bottle of wine together that evening.

Don’t just have a quick update meeting then book a throw away group experience. EML can help you to get more from your next international team offsite.

Contact our team consultants for an informal conversation about transforming your ‘good’ international, multi lingual team into a truly ‘GREAT’ team today on +44(0)1905 330660 / info@emlteam.com 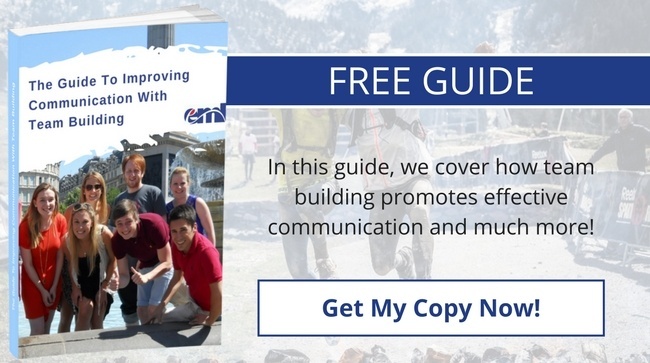